Andrew Doig is a native East African. He grew up in a motorsport family: dad David was co-driver to the legendary Joginder Singh, the first man to win the Safari Rally three times (twice with David alongside).

Andrew raced in Kenyan motocross as a child and was the 1983 Kenya Junior Motocross champion. Later, he studied agricultural marketing and business administration in the UK. After university, he farmed in Tanzania for seven years, before returning to farm in Kenya.

Andrew completed his first rally as a driver in 1996, driving a Land Rover 110. Following that rally, he worked in South Sudan for a year running the workshops for an off-road truck company, and became the MoTeC engine management systems agent for East Africa in 2001. He started his own business renting out plant and machinery and building rally cars in 2004.

Andrew also specializes in building dams and reservoirs for the Kenyan horticultural industry in Kenya.

Andrew currently competes in the Kenyan National Rally Championship. He is navigator in Funk\’s treasured Spirit of Kenya car and is a Race4Change hero! 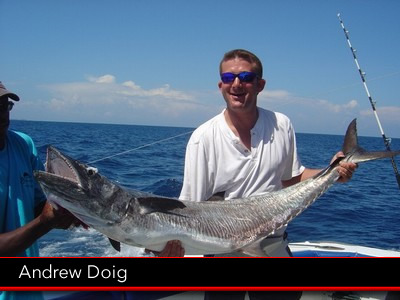