Ian spent his childhood at his parents\’ farm in Limuru. His first taste of driving occurred aged ten, as he helped his mother when she got stuck at farm roads during rainy seasons. After an early career in motocross, winning the national 125 cc title in 1979 and 1980, Ian competed at the Safari Rally first time in 1983 driving a Nissan pick-up navigated by Gavin Bennett, reaching ninth position and a class victory, gaining the attention of rally people.

His first victorious national rally was Nakuru Rally in 1987 in a twin-cam Toyota Celica, navigated by Ian Munro. Duncan won his first national championship the same year, along with the National Motor Sportsman of the Year Award.

As well as Safari Rally, Ian competed in WRC rallies. The best result was finishing 8th overall and winning Group N in a Subaru Legacy at the 1990 Acropolis Rally. Here Ian was navigated by Yvonne Mehta, wife of Shekhar. 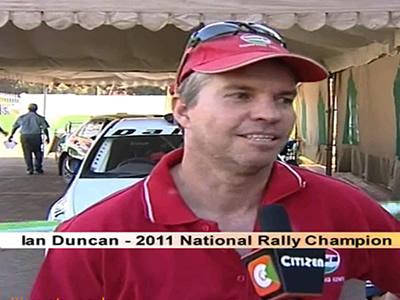 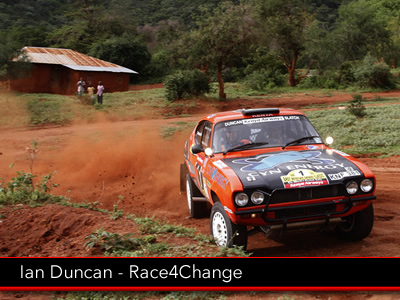