Njiru was the first Kenyan to win a Kenyan National Rally Championship event, coming to the Mombasa Rally podium in a Subaru Leone, with veteran Abdul Sidi as his navigator.

Winning the Group N class with a fourth place finish in the 1994 Safari Rally, Patrick’s final position remains the best-ever result by an indigenous driver in Safari, when it played a major role in the World Rally Championship (WRC).Patrick has finished the Safari Rally an impressive seven times. Commenting on his preparations for the 2011 Safari, the returning hero said his plans are already at an advanced stage.

“We have already finished the first part of the preparations. What I have to do between now and when the race starts is to get myself from 75kg to 70kg, so I am going to work very hard in the gym!”

Watching Njiru’s local expertise play against our other drivers is sure to be fascinating. We can’t to wait to bring you more exciting news of our African star on the 2011 Safari Rally. 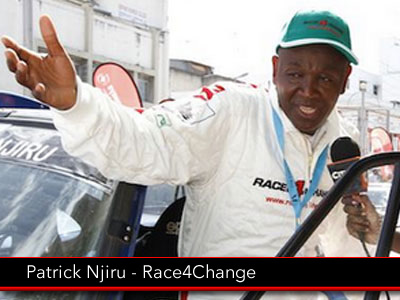 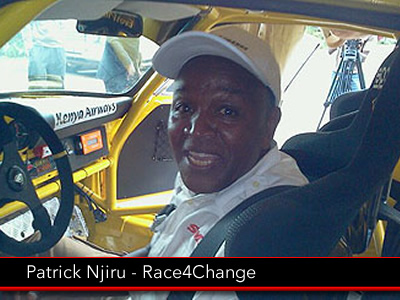